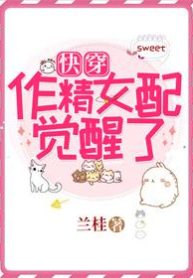 The Elite Female Supporting Character Is Awakened [Transmigration] Average 4.2 / 5 out of 19

In every story, there is a female supporting character who courts disaster, who is arrogant and domineering, spoiled and self-willed, and is abused to death by the protagonist. After Huo Wei played a female supporting character, she was tossed aside by the protagonist in minutes. Was she not beaten bad enough or was the ending not miserable enough? Isn’t it nice to be beautiful alone? “Scum dad favors the daughter of his first love? Why don’t you two make a pair!” “The crown prince thinks that an orphan girl was born humbly? When they meet again she will turn into the most favored princess!” “A game where you’re a substitute in an entertainment group? The drama queen is online, let’s see who is the substitute in the end!” 1: The female lead with plot armor was snatched by her childhood friend (Each small world has different indestructible characters that are favored, are an encyclopedia, can mind read, have perspective eyes, luck, wealth, etc.)
Other transmigration stories include “Retired villain dressed as cannon fodder [Transmigration]”: What should you do if you play as cannon fodder? Gratitude and revenge, timely fun, full-level bosses come back in minutes!

◆ “The Boss’s Slapping Manual [Transmigration]”: The boss is reduced to a cannon fodder male supporting character and gets confused and turns into a big boss. Whoever isn’t careful will be turned to scum.

◆ “Transmigration Protection of the Short and Wild Demon”: The fox demon protects someone and turns people into scum. (The little fox becomes a human in the second story)

◆”Time and Space Experience [Transmigration]”: This character encounters all kinds of superb brain damage, slaps their faces, and forces them to grovel for mercy.

The Daily Life of The Fairy King

The Female Supporting Role Shows Out