Home 20 years had passed when I woke up! ~ The villain’s daughter’s thereafter and after that ~ Chapter 54 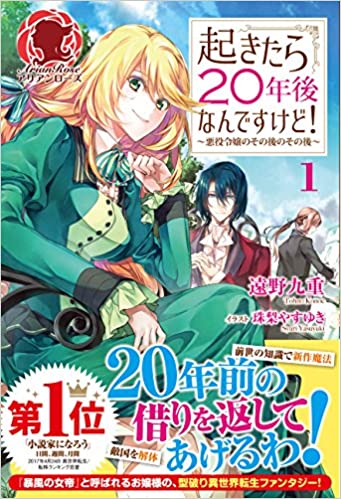 Two months had passed and it had turned to autumn by the time the envoy from the Kingdom of Atora arrived. It was the end of October. About half a year had passed since Fioria had taken on the role of Prime Minister.

At the same time as their envoy’s arrival, the Kingdom of Atora dispatched a fleet of twenty-four warships and a large navy to defend it. This was a show of naval strength intended to intimidate the Tristan Kingdom.

Just before the navy from the Kingdom of Atora was to arrive, Lex had reported this information to Fioria, and she had lowered her eyes and sighed.

“How competent could these warships of the Atoran Kingdom possibly be?” she asked.

“Apparently, they are brand-new, cutting-edge warships… At least, from the Atoran Kingdom’s point of view. The hulls are layered with many tens of layers of wood for defense, and they have been equipped with imported cannons from the East, I’ve heard,” said Lex.

“Hmm, is that so,” said Fioria, muttering disappointedly.

“The Atoran Kingdom wants to invade the Tristan Kingdom, right? Then, I think they ought to do a little bit more research on the people they are about to go to war with,” said Fioria.

Fioria’s domestic reforms have already been mentioned, but reforms were being enacted in the military sector, as well.

It was a complete overhaul of the Tristan Kingdom’s military.

The military had been divided into the three branches of Army, Navy, and Air Force. Each of these branches had been supplied with new, advanced equipment, as well.

For example, the navy had been given warships with metallic hulls. They were equipped with cannons, as well. However, these cannons did not use gunpowder. They fired magical energy directly at the enemy, and their offensive and defensive capabilities surpassed that of weaponry on any existing ship.

Compared to the “cutting-edge” equipment of the Atoran Kingdom’s ships, this was overpowered future-tech.

“Well, they will certainly pay for their ignorance. I’m looking forward to butting heads with them,” said Fioria.

To tell the full story, the Atoran Kingdom actually did have information on the Tristan Kingdom’s naval strength. However, there were people who rejected the information altogether.

“The fools over on the Belgarian Continent couldn’t possibly have technology more advance than ours.”

“They probably just leaked false information to intimidate us.”

“How could a metallic ship float in the first place?”

The Atoran ministers of war were hopelessly full of pride and were throwing away this valuable intel.

…They had no idea how badly they would be punished for this mistake.

When the Atoran navy arrived, Fioria didn’t bring out the ironclad ships under her command. She sent the old wooden ships out to sea to see her opponent’s reaction.

“Hah! It appears the Tristan Kingdom doesn’t live up to its hype,” said Goose, a commandant of the Atoran navy. He was a greasy, middle-aged man, and he was completely unprepared for this war.

“If this is what we’re up against, it looks like we’ll be able to easily destroy them,” he said, snickering. He smiled to himself. Even during diplomatic negotiations, he made no efforts to hide his arrogant nature.[Read this novel and other amazing translated novels from the original source at the “Novel Multiverse dot com” website @ novelmultiverse.com]

“Our ancestors used to live on the Belgarian Continent. This land was originally ours. You lot are nothing but dirty thieves who snuck into our unattended homes. It would be customary for us to take it all back by force, but we’re going out of our way to negotiate with you. Kneel to us in thanks, you barbarian savages,” he said.

It actually would have been customary for war to break out then and there.

However, Vincent, along with all of the people of the Tristan Kingdom, put up with this disrespect. This was part of the plan explained to them by Fioria in advance.

“No matter what they say to us, just listen and remain calm. We will soon give them what they deserve. As a matter of fact, it would be good to let them get cocky. That way, I will be completely justified when I explode back at them,” she had said.

Their plan was going well.

Not only Goose but also all of the Atoran diplomats began to take on a haughty attitude and started treating the Tristan Kingdom as if it were a backwater nation. They were going to return home and report their superiority to the Atoran government.

…Or so they thought.

The fleet under Goose’s command suddenly lashed out at the Tristan Kingdom. They began a bombardment on the harbor.

Goose was making a proclamation.

“You lot are just wild monkeys who started living on our homelands. I order you to return all our land on the Belgarian Continent to us, immediately. If you do, we won’t have to kill you all… You should be tearfully thanking us for this overwhelmingly merciful advice that I’m giving you,” he said.

Surely, in this man named Goose’s life, this moment was an absolute high point. Once a peak is achieved, there is nowhere left to go but down.

“We, the Kingdom of Atora, have achieved a high level of magical science! We’re of a different class than you barbarians! You better surrender before you get seriously hurt!”

These were his last words before his downfall began.

Not a single one of the fleet’s cannons managed to deal any damage on the Tristan Kingdom.

“It looks like it’s my turn to make an appearance,” said Fioria, who had waited and waited for the right time. All of their attacks were being stopped.

Wings of Heaven was a type of magic that gave wings of light to its user to allow flight.

Break Oracle was similar, but a level higher.

“I could take care of all you by myself, but I’ll grant the Kingdom of Atora a demonstration,” said Fioria.

One of the military reforms Fioria had enacted was the creation of an Air Force.

Twenty years ago, Fioria created a form of aviation that made use of wind magic, but after that, the mages of the Duchy of Florence conducted research on this new concept, and now, any mage with an above-average ability to use wind magic could fly.

Fioria had gathered and recruited these mages into an Air Force, and on this day, she finally put them into action in a real battle.

At this time, there were still no other countries besides the Tristan Kingdom that had something called an “Air Force”, and of course, in the Kingdom of Atora, an “enemy in the skies” had not even existed as a concept, yet.

Because of this, what was about to begin was not a true battle, but a completely one-sided trampling.[Read this novel and other amazing translated novels from the original source at the “Novel Multiverse dot com” website @ novelmultiverse.com]