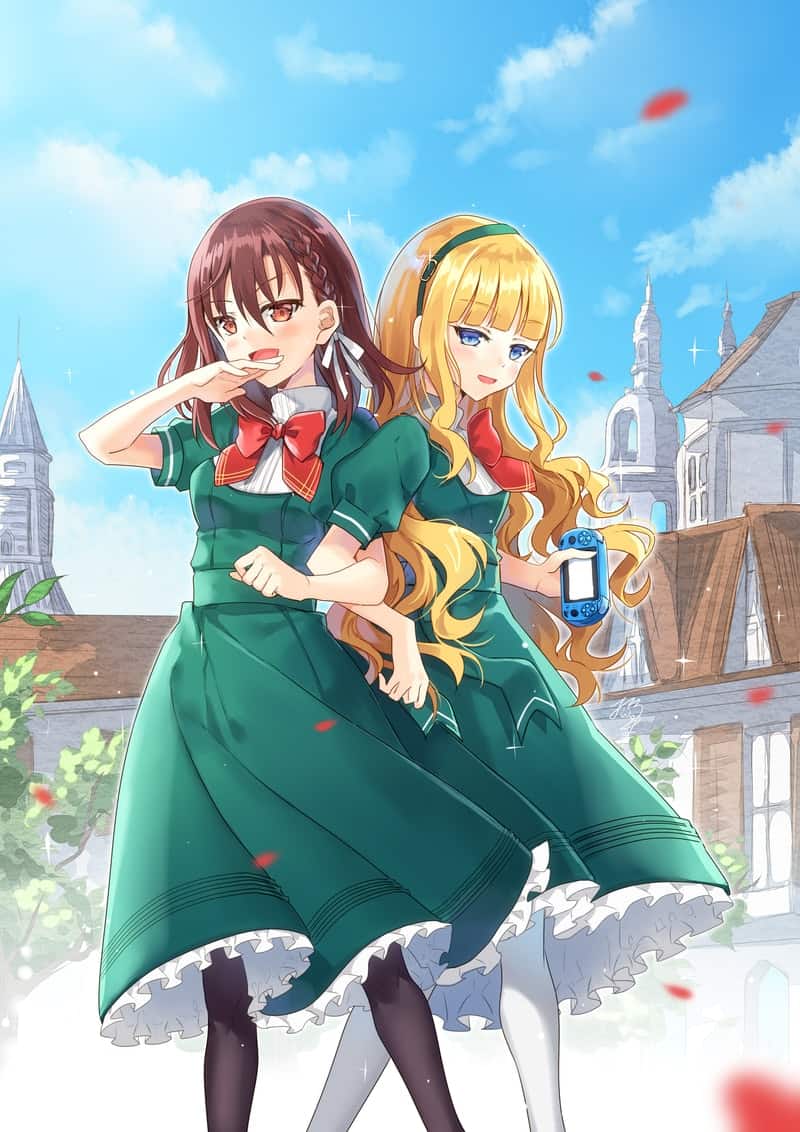 After school on the same day.

As homeroom was over and early students left the classroom, Eileen came to me.

And as soon as she came in front of me, who was still sitting, she shouted that out.

It seems she had reached the end of her patience to me who had fallen into self-loathing since the case in the morning.

No, being the selfish Young Lady she is, should I say that she was very patient instead?

“Were you worried? Thank yo…”

“It’s just annoying that my adorable face is gloomed by you!”

She seems to mean it. I gently swallow back the ‘thank you’ I was about to say.

“Hey you, are you that regretful of having beaten that guy? Do you like that guy so much?”

Even in Shoujo Manga, the ones that experience such encounters will not develop a love affair immediately.

They usually repel each other first, then take their time before getting along.

Eventually, those feelings will progress farther.

But that’s not what I regret. Right.

A flag I had been trying to raise was broken by my own hands.

If I couldn’t play this game well. I feel like I will have to stay a little longer.

…I’m regretful, but I’m afraid I won’t be going forward when I’m troubled by every little thing. Just like Eileen said.

Finally, with a sigh, I decided to leave my blunder behind.

“I have something I want to ask you!”

Eileen’s eyes are shining and her face is sticking close.

I asked back while being pushed by her momentum.

“What you and that guy were doing, it seems interesting.”

What is? ……After thinking a bit,

Before I can even point out that she only remember the last syllable,

With curiosity brimming in her eyes, Eileen ordered.

“Okay, but how much do you know about the rules of board games?”

Chess, Chatranga, Shogi. What else are there in this world? I don’t think there’s a video game…… I asked,

“Things like these are entertainment for the commoners, you won’t be able to get them.”

And there’s also another problem.

“Your house can’t know that you are starting to get into gambling.”

“You’re just doing it with a friend…”

“What are you apologizing for?”

She apologized for her slip of tongue. But she also seemed dissatisfied, and snarled at me.

‘Please teach me’, this high-handed girl already knew what I required of her.

Won’t it be difficult to suddenly teach backgammon to someone who isn’t even used to playing board games?

There are no pieces and boards either.

Should I look for Dominic? He should still be somewhere on campus. Shall I snatch it away saying it is a gift to the winner, or more like, extort it from him. I should be able to do whatever I want.

It feels like it will be troublesome to search for him though.

And speaking of two-player games, there are those that are simpler and easier to play.

There were several things that came to mind. Which is the most suitable for a first time player?

With that game in mind, I opened the last page of a notebook and wrote “井” with a pen. Then, I draw one circle on the upper right square.

Eileen looks at me and the paper attentively.

“This is also a game. We will write symbols alternately on the nine squares and whoever arranges either vertically or horizontally first wins ……Draw a cross mark where you want.”

I handed the pen and she looked at the notebook.

Eventually she drew a cross and laughed.

“Hohohohoho! Konomi, what are you thinking! You have more choices in the middle! I can’t help but tell you how stupidly you are playing the game―”

“Listen to the end!”

I know what she’s trying to say so I can just skip them.

I quickly drew a circle in return.

For me who had played this game since I was little, there is no way I would lose to someone who has just learned the rules.

……It didn’t take much time, and the game came to an end.

When I declared so, she screamed.

We drew the attention of the students who are left in the classroom, but they raise their index-finger in a manner that shows they do not care about the matters going on over here.

I wrote an ‘井’ again and tried to write a symbol but― “this time, me first” she said and blocked me.

Having learned a little about it, she drew a circle in the middle.

I know how to win this game. So there is no way she can beat me.

And as expected, I won again.

Looking at the notebook where many ‘井’s were drawn already, “this” or, “this one here is better”, Eileen said with a serious face and swaying the tip of the pen―

Somehow, I want to make her know the taste of victory.

There are two crosses drawn by Eileen on the board. Looking at her, she closed her mouth tight and opened her eyes thinly, making an expression that makes her seem like she’s both smiling and anxious.

I pretend to not know and draw symbols in misplaced squares.

She bobbed her chestnut coloured hair up and down while hopping with a -pyon- -pyon-, and pointing at the notebook.

“Hohohohoho! That’s not too much!!!! Don’t be frustrated, Konomi. And don’t feel too bad! But my victory was inevitable. Just give up and accept this fact.”

“What game do you want to play next?”

“You should listen when people are talking to you!”

I don’t want to be told that by the Villainess Young Lady.

wpDiscuz
2
0
Would love your thoughts, please comment.x
()
x
| Reply
Cookies help us deliver our website. By using our website you agree to our use of cookies.OkLearn More
close