Chapter 90: Hope to meet up again 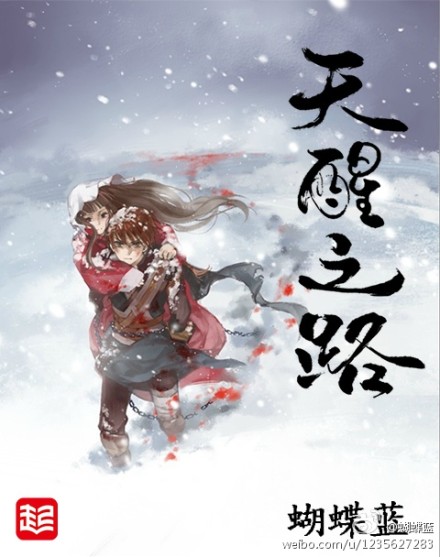 Lu Ping and others were in Tian Zhao for a short period of time. But they had faced a lot with Wen Yan. Their connection got built in the process.

Wen Yan was in the hospital for a couple of days, and her mentor, Chen He, was watching her all the time. However, today she escaped the hospital to see Lu Ping.

Wen Yan was looking everywhere. But she couldn’t find them at all.

As she was passing the window in one of the campuses, she saw that 5 people are about to leave through the main gates. “No,” she said. “They have left,” someone said, behind her.

Qiao Cheng, carrying a lot of stuffs in his hands, told her.

“Where are they going?” Wen Yan asked.

“Why do they have to do it?” Wen Yan couldn’t understand the reason.

“Oh! Yeah, you were in a hospital for a past couple of days. There were a lot of problems in Tian Zhao, including the Investigation Team visit.” Qiao Cheng said.

Wen Yan still couldn’t get it. Is it about the Shuang Ji and Tian Zhao Schools conflict? Or because of those Investigators? Whatever happens, Chu Min should take the whole responsibility for the actions, not the students. Apparently, Lu Ping and others have done something violent.

“Well, that is why they are leaving, apparently,” Qiao Cheng said.

They are leaving not because of the crime, but because of protection. Chu Min wants to protect the Tian Zhao from those Imperial Investigators and other enemies. This were the thought of Wen Yan right now. “So, what happened with those Investigators though?

“Well, Liu Yang Wen and Zong Zheng Hao have come in person! But the Dean have told them to leave, so they did it.” Qiao Cheng said.

Wen Yan had heard those Liu Yang Wen and Zong Zheng Hao names before. They were the part of Zhi Ling city special Investigators team. The fact that they came to Tian Zhao themselves means something. But they have left? Without doing nothing?

“You are saying that they have seen Execution of Soul and have been beaten by Lu Ping and others, but yet, they have left without taken them away! Why?” Wen Yan asked.

“Heh, because they were not strong enough to beat up our pals,” Qiao Cheng smirked. “The great Xia Bo Jian was there, how could they compete?”

“I will ask Dean about what happened!” Wen Yan said and ran out.

“Don’t be too upset, Wen Yan. Those four will participate in the Grand Soul convention. We will meet them again!” Qiao Cheng shouted loudly towards her.

“Oooor maybe not,” Qiao Ying said that came out the same auditory that Qiao Cheng did.

“What do you mean?” Wen Yan asked.

“Xia Bo Jian? What does he want to do to them?”

“We will meet again. I believe in it.” Wen Yan thought while running towards the Dean office.

Qiao Cheng and Qiao Ying were cleaning up the classroom that they have left before. Within a minute, they finished, and Qiao Ying left.

Qiao Cheng looked around and left the classroom through the window. He used his flash-run technique, and, within a second, he appeared on the main wall, next to the forest. He looked at the main entrance and disappeared again.

He appeared on the very noisy and crowdy main street. As he did it, he heard “OUCH” sound.

He looked around and saw Ye Luo-the really fat and kind guy. People were saying that he was heavier than 150 kilos, and he was totally matching it. With those fat legs and a third chin, it felt like the ground would crack if he were to jump on it.

“Hey, Little Cheng, let’s have a dinner together,” He said to Qiao Cheng, and Qiao Cheng agreed.

There were a lot of street food and different snack shops with a cozy restaurants around.

They entered one of the restaurants and saw Wei Ming. Two people sat next to him.

“Not really. But I heard that Xia Bo Jian from Tian Zhao wanted to chase them. I also heard that they have done something quite interesting,” Fatso said.

“If they will appear in the Great Soul Convention, it will be a good thing for us, right? Wei Zhong?” Ye Luo asked again.

Wei Ming -the smartest person of the whole city, was calm and suspicious now. He looked at Ye Luo and said coldly, “Eat your food and don’t talk, moron.”