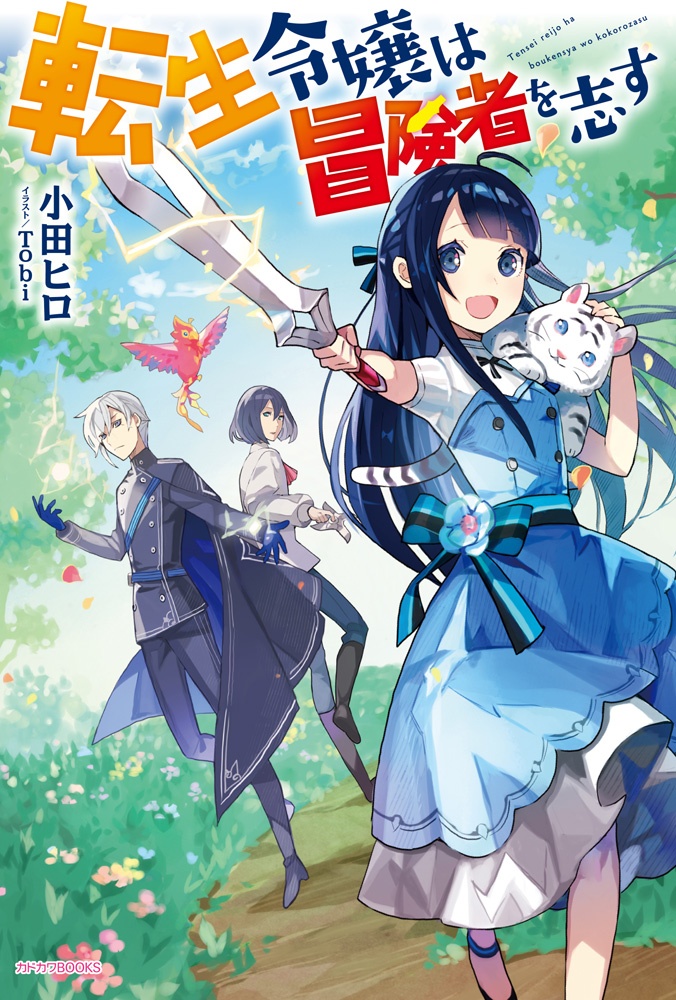 Did I suddenly start to laugh like that on my own? No, I picked it up from someone I acquainted myself with recently.

Lu has grown from a Shiba dog size to a slightly larger Shiba dog size? Am I imagining things? Perhaps he’s fixed at this size? So as to fall off my head?

About a year after that fateful magic test, and 3 years since I’ve lived with my family and it’s servants, there are no big events that came up. I wish this isn’t the calm before the storm.

The magic test ended with the assessment of me having “no magic”. There was no report of my father being at the inspection site, him intimidating those in charge, the slate being blown off by a poltergeist, reports of condemnation, etc.. After all, my home is an intermediate rank noble’s house, neither a duke nor a marquis. I am just a simple daughter of that middle ranked aristocrat. Probably not enough to garner any attention.

And no aristocrats would try to get close to a noble’s daughter with “no magic”, and I was abandoned by the aristocracy altogether. The same goes for the royal family.

In the novel, from the very beginning, Serafiona was the fiance of the Second Prince. The fact that she was engaged, despite there being several daughters with higher pedigree in the same generation, was probably due to the assessment of having a high level of magic at the magic test. It is rumoured that the Second Prince is engaged early in summer with the daughter of a Marquis in the Reformist faction.

Finally, the events are deviating from the novel.

① Avoid getting admitted to the Magic Academy

② Avoid the engagement with the second prince

It is a very big achievement for me. Within 3 years since I regained my memories. Finally.

However, I am worried about the noble boy from that time. Not only could he see Lu, but he could also sense the pressure from Lu, a magical power comparable to Onii-sama. When I detailed his appearance and the contents of the conversation to father, he assessed,

“The blood of Granzeus, I guess he is from the royal family…”

My house have no youth in that age group other than Onii-sama. Then that leaves the royal family, but the royal family of Judor has a long history, and there are quite a few family branches, leaves too. I think that youth’s blood is quite thick though, since he could have that much magic power.

But there had been no inquiry from the royal family. He looks quite clever, so the task of identifying us would have been easily done when he find our house’s carriage.

After careful examination of the memories of my previous life, I concluded the boy to not have appeared in the novel. If he were, I will identify him in a single glance. Of course he’s not the second prince. The second prince is still an infant like me.

The youth was a mid-teenage high-ranking noble, with blood from the royal family, and not a character from the novel. Trying to identify him with these clues is like trying to grab the clouds…

For the time being, to keep the existence of Lu a secret, my home has decided to not come into contact with any and all high-ranking nobles. Can we live in this world like that? I was worried, but with the clear guidelines, my father seems to be refreshed.

“I’ve always wanted to have a break from the ministry and return to my territory.”

Even Onii-chan too has not much acquaintances, he seems to be good with it saying,

“Huh? I don’t know about factions. Success? You just get a lot of work with great talents after all? I can just keep spoiling Serafiona and Lu forever.”

Oi, this handsome youth! ! ! He keep straying away from the right path! Aniki!

Though I thought that, Aniki finally entered the Magic Academy! He can return to the Earl’s House only once a month, allowing overnight stays since the school have a boarding system.

When he came back, he strictly checked the results of my training, disclosed the magic he had learned at the institute to me and Lu, and the three of us will try to find their weaknesses and if possible, improve them. I’m sure his classmates would have been left behind in the practical skills classes… Aniki is unforgiving.

Then, after dinner, he would put me on his lap and gently read for me the new books he brought as souvenirs… Offer new sweets to Lu as well… Then his vacation would be over. I don’t know what the school is like, but his friends’ names never came out. Aniki is a loner! He’s a loner yet he didn’t even realize it…

And thus, until I enter the Knights School, no one will be able to give me any lessons. I’m dejected.

The Knight school requires some fundamental abilities. At the age of 11, there would be an entrance exam, a written test and practical skills test. I think I’m quite decent in physical fitness, but… for some reason, my modes of attack is really biased. Why assassination! Why am I training to fight in the dark? It’s distasteful? I want to fight fair matches.

Father uses a short spear, but for a 6-years-old, the spear handle can touch the ground and cannot be swung well. Aniki who sometimes returns too teaches only about fighting in the dark…………

A new character enters my closed life. Grandmother! She had decided to partake in it!

And she is naturally, blood related…………